Eat LocalComments Off on Pumpkin 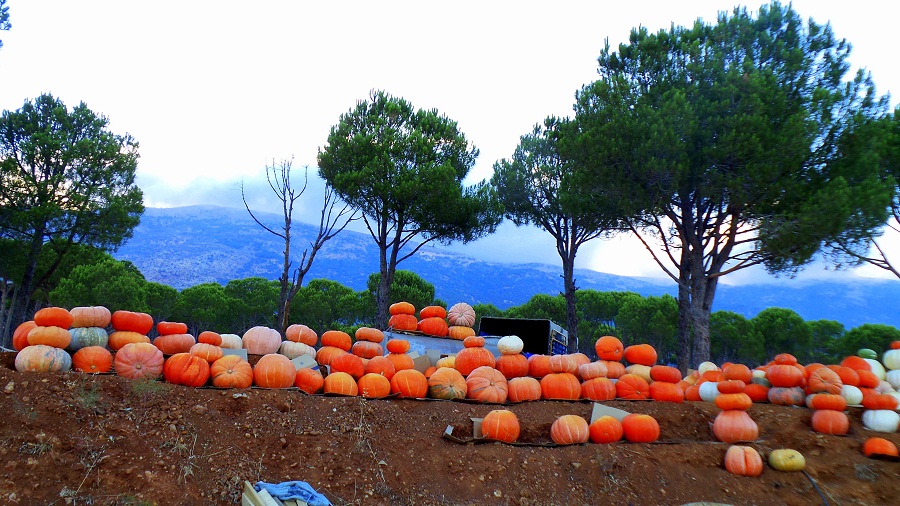 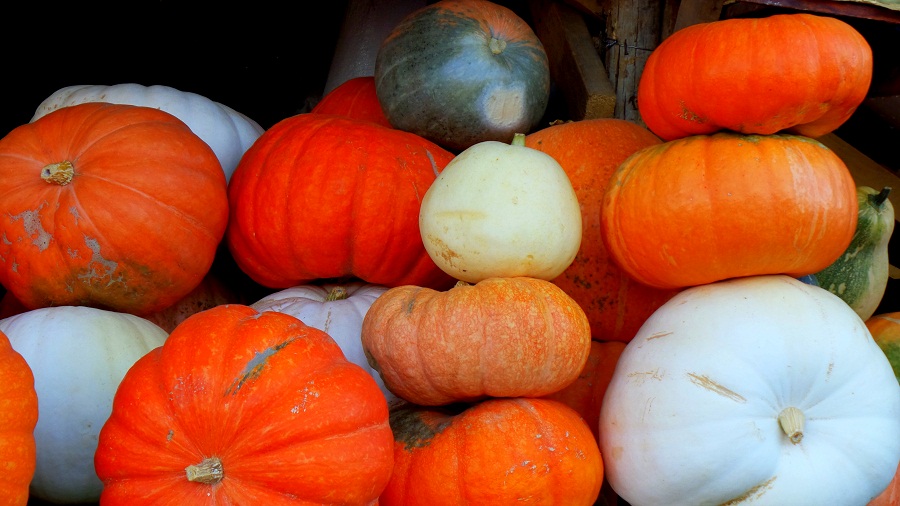 Towards the end of Summer, many fields in the Bekaa valley can be seen sprinkled with orange dots, a true joy to the eye. It is Cucurbita pepo, commonly known as pumpkin.

Pumpkin, squash, cucumber, melon and watermelon all belong to the same family Cucurbitaceae. The word pumpkin is derived from the Greek word pepon, which means “ripened”. Other common names of this vegetable are squash or winter squash.

Originating from the North of America around 10,000 years ago, pumpkins were only introduced to Europe after Colombus’s discovery of America and were commonly depicted in drawing and representations during the second half of the XVI century; from there it spread to North Africa and the Middle East.

In Lebanon, pumpkins are usually planted towards the end of April in order to be harvested starting mid-summer until fall. This plant requires warm weather and lots of water during its cultivation; and since it produces fruits over a span of 2-3 months, it is harvested several times during the season.

It is specially recommended to buy organic pumpkins since soil contaminants tend to be highly absorbed by this vegetable. In our traditional diet, both seeds and flesh are consumed and have several nutritional benefits. Pumpkin pulp is one of the top sources of antioxidants such as the carotenoids; it is also an important source of fibers, vitamin A, C and B complex. Pumpkin seeds are very rich in manganese, phosphorus, copper and magnesium as well as zinc.

Roasted pumpkin seeds often consumed as snacks, are better eaten unsalted to avoid health problems for people suffering from high blood pressure. The vegetable, on the other hand, is prepared both savory and sweet in the form of soup, kebbeh, dessert and jam flavored with cloves, orange peel and musk. A traditional sweet highly consumed during the month of Ramadan and made entirely from pumpkin is the famous “Jazarieh”. Many Arabic sweet shops are renowned for making this dessert mainly in Saida and Tripoli, the two Lebanese capitals of sweets.

Have a good weekend! 🍅 #foodheritagefoundation

We are proud to announce that the Food Heritage Fo

On Friday the 10th of September, @esdu_aub in part